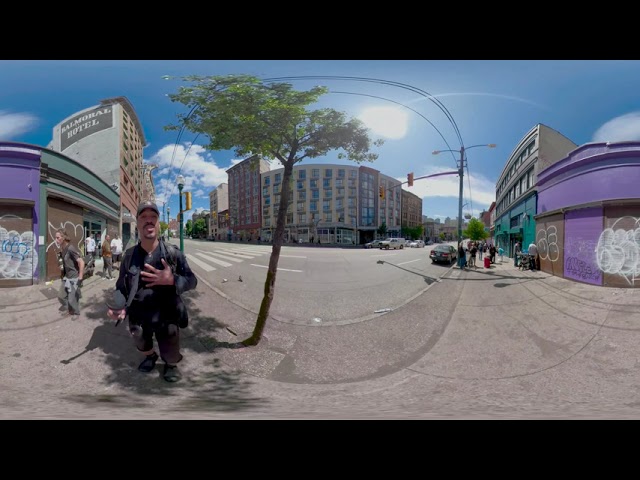 Recently I've been deep into NFTs and scoping the Web3 tech, media and culture that surrounds it. I've been asking, what's coming? What's possible? How do we ensure that we pave a positive and equitable path? This journey has led me to connecting with a range of individuals and communities who are imagining and building towards the future. This future needs to be an #AfroFuturistic inclusive place, where all voices, histories, contributions and stories are present. I envision this drop as a reflection of the move towards this.

My contribution to the June 24 2021 drop is the following pieces that can be found and purchased on Opensea.io and www.mintbase.io, as well as my contribution to a #Clubhouse gathering where my experience and perspective contributes to the greater community.

Toronto "Memories & Moments" is a an evolutionary and recollective NFT photographic documentary manifestation. Symbolik's work captures a moment in 360 space and speaks to the feel and aura of that moment. It crafts and draws synergy between audio and an animated gazed that gives an experience that feels like you are floating through a dream. All of these moments are real, they give a glimpse into a actual moments in time. They depict epic experiences, both spontaneous and those that slowly emerged. Ones that people from around the globe value, whether their access was in the physical or through digital virtual engagement, whether they connected live or after the fact. Toronto "Memories & Moments presents the original capture for you to hold. This work lets you step behind the scenes with the masses and individuals, in those rare moments when history was made. You hold the value of this original moment as only Symbolik could capture. #NextLevel #Photograhphy #AudioVisual

*You will receive an unlockable 360 Virtual Reality scene with the purchase, so with a VR headset you will be able to look around in these memorable moments.

**All are #360StillMotion designed to be displayed on a physical digital frame with, preferably on loop. They will come with a 360 VR version to jump in the moment like you are really there, as an unlockable.

*Don't worry, if you aren't set up on NEAR we'll give you all the support you need to get rolling.

An NFT for YOU for BlackLove!

Show up with Black love intentions and get air dropped this NFT!!